We invite you review our portfolio of past events to better understand how CTS has solved communication challenges for other clients –and how we might help and inspire you. 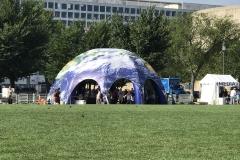 The Smithsonian Institution’s National Air and Space Museum will help lead a national celebration of the 50th anniversary of the Apollo missions. With our renowned collection and expertise, programming across the country, and activities in Washington, DC, we hope to spark a national conversation about the past, present and future of innovation and exploration. CTS was selected to provide NASA complete delivery, setup and installation services for this high-profile and historic, multiple-day event in our Nations’ capitol. 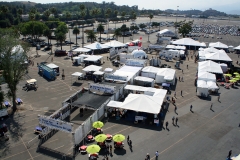 In 2015 DARPA was host to the DARPA Robotics Challenge (DRC) Finals at The Fairplex in Pomona, California. The DRC is a two day competition of robot systems and software teams vying to develop robots capable of assisting humans in responding to natural and man-made disasters. The 100,000 square feet of outdoor exposition space featured displays where students and future scientists could meet with both technology developers and emergency responders, and try their hand at controlling robots and other automated gadgets. CTS designed, fabricated and installed DARPA’s 36,500 square feet of displays introducing the public to the agency as the host of this competition, educate them to its history, accomplishments, mission and model for achieving success, and explain the potential role of robots in disaster relief and humanitarian assistance and how the DARPA-sponsored Challenge aims to further that cause. CTS successfully accomplished this event in conjunction with our several capable vendors and other rental resources to produce and install: • 2,350 linear ft. of 12” box truss • 12,000 sq. ft. of printed graphics • two jumbotrons • an eight screen media wall • eight touchscreen inter-actives • 4 data entry kiosks • 2 vehicle displays • 20 running loop monitors • 1,600 sq. ft. applied asphalt graphics • 1,600 sq. ft. fabric mesh ceiling graphics • Various robotic display cases 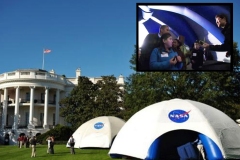 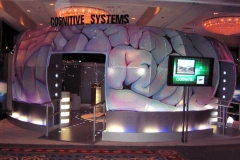 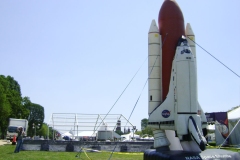 CTS handled all aspects of planning for this multi-organizational event for NASA held on the National Mall in Washington DC from June 25-29 and July 2-6, 2008. Attendance for this event over a two-week period was estimated to be over 1,500,000 attendees. This major cultural event showcased the role that the men and women of NASA have played in broadening the horizons of American science and culture, as well as the role that they will continue to play in helping to shape the future by stirring the public imagination. As the largest annual cultural event in the U.S. capital, CESi is honored to have provided support to NASA for this event. 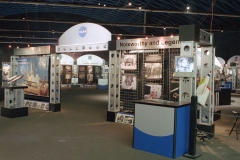 CTS currently works with NASA on all of their domestic and international shows through our GSA Multiple Awards Schedule contract. In the spring of 2004, CESi fabricated a new 40x40 interactive exhibit for the Farnborough Air Show in England. CESi detailed, fabricated and produced all exhibit components for the central exhibit display area. After the show, the exhibit returned to the U.S. and was stored for upcoming events including the Presidential inauguration “Black Tie and Boots” showcased in DC. 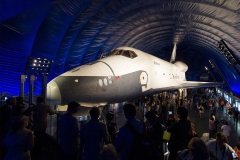 CTS provided installation, event services, and signage to NASA for the one night grand opening events to varying degrees depending on location. 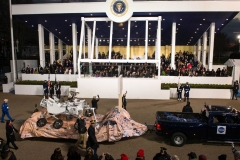 On Saturday morning, Jan. 19, 2013, at Joint Base Anacostia Bolling (JBAB) in Washington, Steve LaDrew, with Capitol Tradeshow Services, adjusts the Mastcam on a replica of the Mars Curiosity Rover. The NASA float participated in the Inaugural Parade honoring President Barack Obama. 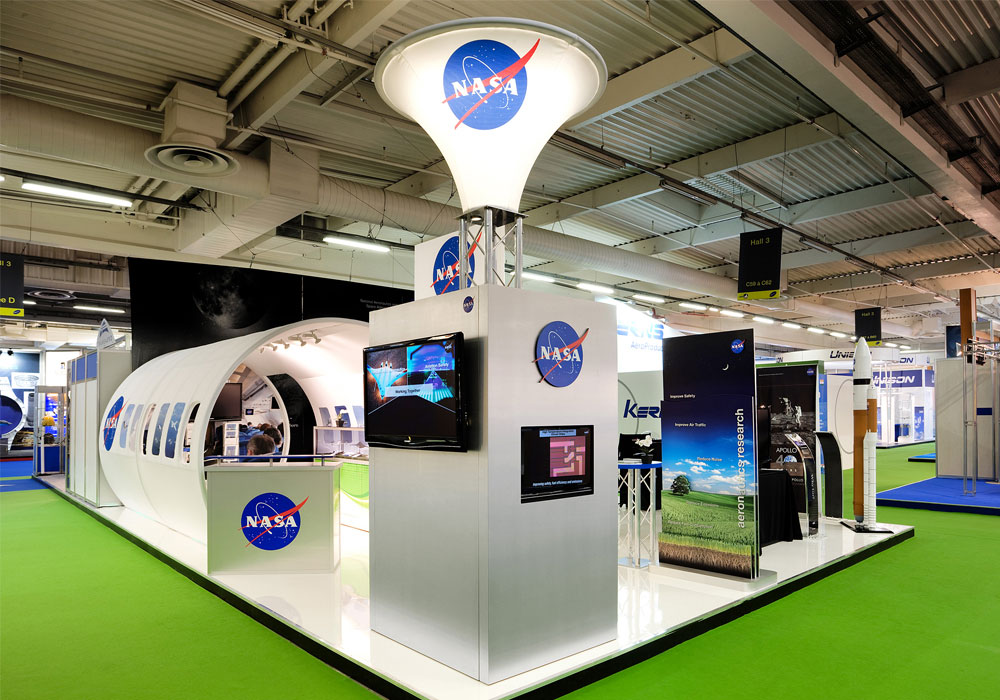 Working with the military on Andrews Air Force Base, CESi designed, fabricated and installed phase 1 … END_OF_DOCUMENT_TOKEN_TO_BE_REPLACED